“Cannabis saved my life and gave back a quality of life that I can appreciate so much. Cannabis is my medicine and my hope is that others don’t have to suffer to the point I did … Cannabis should be offered as a treatment for TBI / Concussion symptoms.“ 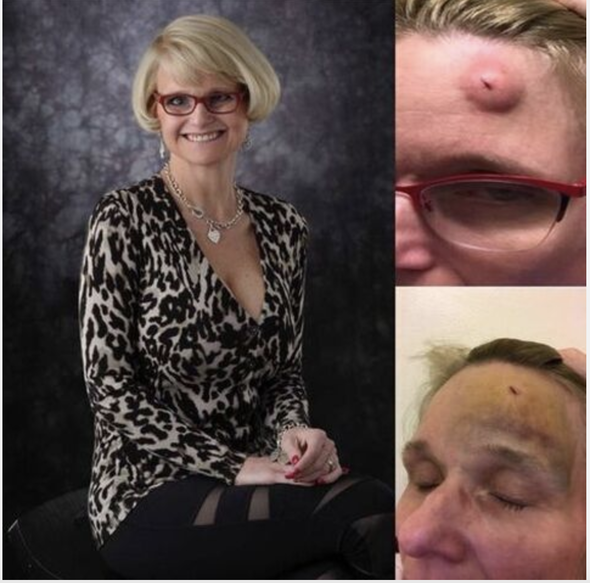 ​Imagine having your entire life change in an instant.
In 2016, I was an active pediatric nurse who enjoyed outings with my husband and dogs. A native of Buffalo, NY, I had it all – until one fateful day when everything came crashing down.

“Life changed in a second, no warning, no preparation, just like that ….. BOOM”
During a routine vaccination, a frightened child head butted me as I was restraining him from behind while another nurse attempted to vaccinate him.  I was hit frontally and then bounced off a plaster wall and back into the boy’s head in a significant whiplash motion.

This was my third TBI and the one that changed my life forever. The impact was so severe that there was immediate left arm paralysis and weakness along with severe head and neck pain.  Confusion, disorientation, and vision issues occurred at the same time. I was later diagnosed with a Mild Traumatic Brain Injury (mTBI) and cervical instability and was subsequently run through the mill of medical specialists, tests, and treatments.

Over time, I began to experience intense headaches, issues with fine motor skills, sensitivity to light, and cognitive issues that caused me great emotional and physical pain. I became easily overwhelmed with simple tasks: no longer able to do basic math, remember appointments or to feed my pets, and suffered from social seclusion.

When conventional treatments, medications, and tests aggravated my symptoms, I was desperate for relief and turned to medical cannabis out of desperation; it was never presented as an option for treatment.
One Christmas, my husband purchased a trip to Las Vegas. Severely depressed and suicidal, I spotted a mobile billboard advertising medical cannabis cards in Nevada.  I mentioned this to my husband and he jumped at the chance for anything that could possibly help me as life seemed impossible. I went to a cannabis clinic in Las Vegas and received a medical cannabis card. At the medical dispensary, the budtender recommended products that took me “off the ledge“.

“Cannabis saved my life that day; Cannabis gave me hope for the future that day and the following days.”
With my husband Jack by my side, I began researching the potential benefits of medical marijuana. At that time, cannabis was available in NY but only in oil, pill, and vape formulations. Until NY's legalization bill was passed, I was forced to medicate in Canada.

Now, I find the most relief for symptoms by smoking specific cannabis flower strains. However, I've become frustrated by the limited scope, treatment options, and the high price tag on products available through New York’s program. 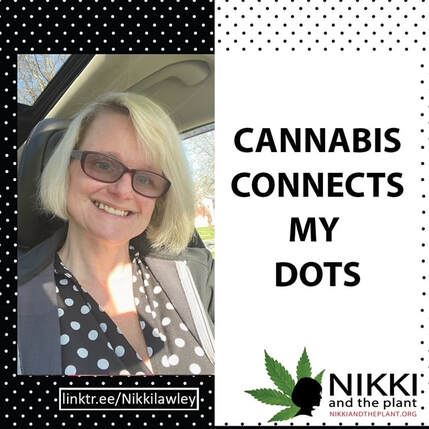 For Patients by Patients is key.
I experimented with countless products, strains, and dosage forms, before arriving at the conclusion that the correct strain of smoked or vaporized cannabis flower, in its most natural form, with a  specific terpene profile, provides me the most relief.

Seeing the difference that cannabis made in my life, I realized the grief I could save other patients. I have become outspoken on the benefits of Cannabis for head injuries. I'm a member of online support groups for individuals that have suffered head injuries such as brain tumors, TBIs, concussions, and Chronic Traumatic Encephalopathy (CTE), the controversial neurodegenerative disease that is caused by repeated head injuries that can occur in sports like football, boxing, and other combat and high impact sports.

While I never thought I would become an outspoken medical cannabis advocate, I know this journey as a patient is for the greater good and may have a far-reaching impact, even more so than my previous life as a nurse.
​
I support and am a consultant for organizations conducting studies with cannabinoids for the treatment of symptoms associated with CTE and other head injuries. I also hold various board and advisory positions.

Nikki is a proud member of: